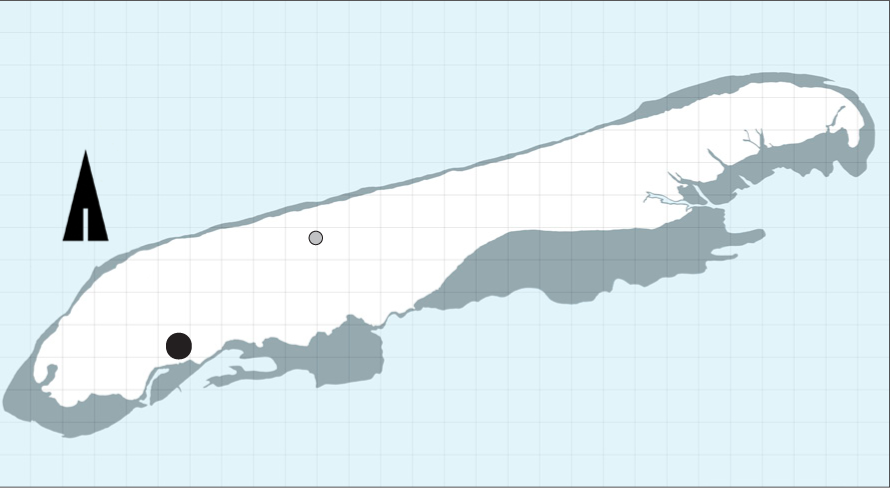 The command bunker is a piece of heritage from the time of the German occupation during the second world war. The reinforced concrete structure housed sensitive instruments of observation. The bunker was understandably abandoned after the end of the war. Since 2015 efforts are being made to (literally) re-discover this complex that was purposefully buried. In its active days this bunker was the central post through which information about aviary manoeuvres was fed. This fieldwork – vertical looking and dynamic cartography of the night sky – was essential for German fighter planes that would be flying blind without the remote eyes on the ground. The goal of this observation was to launch counterattacks on allied bombers on their way to the ports and cities of North Germany.
Our fieldwork starts with a search for cartographical shards, the remains of glass maps of north-west Europe with the Wadden Sea at the center. They were applied as transparent maps and used vertically (mirror image) or horizontally as a table. To (re-)read these maps, a certain awareness of historical geostrategy and political geography is needed. That implies an interest towards international relations, the ways in which nation states look past their borders and view their boundaries as movable, malleable. In short, we will be getting into the geography of borders in times of war and peace. The maps from the command post are an invitation to a sharp eye for detail, for power, especially at night. Be aware: the military stance views all areas as terra nullius, land belonging to no-one, or at least not to anyone who matters.

Kammhuber was an eyewitness. As a night guard of the Third Reich and a pioneer in the battle for the darkness, he was the engineer behind a long line of observation posts along the western edge of Europe, from Denmark through the Netherlands and Belgium to France. Each post had an animal codename. The posts in the Wadden area were named Schlei, Jaguar, Hummer, Pelikan, Auster, Robbe, and on Terschelling Tiger. A crucial part of this aviation defence was the Helle Riegel, a curtain of light drawn up by an array of searchlights on land. This curtain of light formed a new border – straight up into the sky. That makes us wonder: is the night sky our concern?