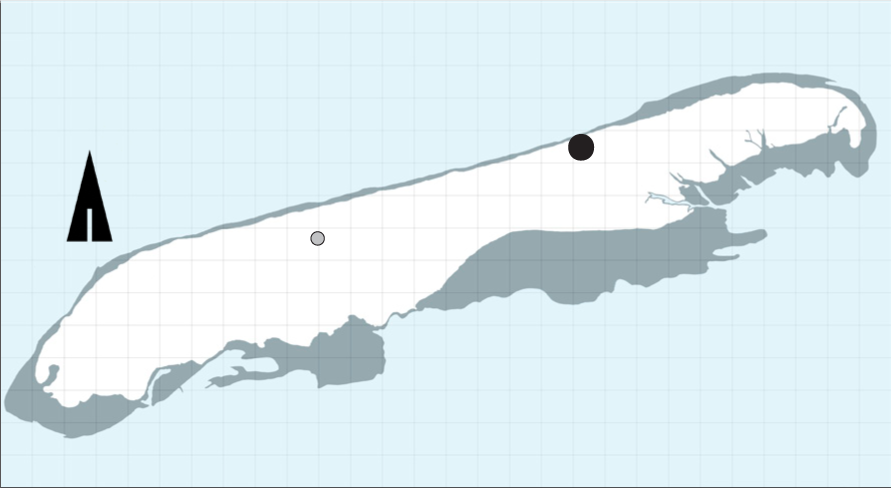 These dunes are the physical link between what used to be two separate islands: the Boschplaat and Terschelling. The place also has a significance in military history. Most historical accounts describe wars as battles between troops on land. What happened at sea and on distant coasts usually remains under represented. For example, during the second World War, the Wadden area was off-limits. What happened on the island and to the inhabitants remains shrouded in mystery. The first news came from a dutch newspaper who published a fictional story about the pacifistic Captain Rob. In the story (a favorite amongst fans of Captain Rob), the captain comes across a mysterious map that suggests sinister goings-on in the dunes of Terschelling. Under the dunes and under the sea lies a hidden laboratory, where stowaway Nazi scientists are planning a third World War. The plan of these evil conspirators is to launch a bacteriological rocket strike on the USA – Europe’s liberator and generous contributor to the rebuilding of the continent. Of course Captain Rob succeeds in foiling the nefarious scheme.
What does this remote piece of coastline teach us? Constant vigilance. Any landscape is being spied on 24/7. Satellites are looking down on us, camera’s are everywhere. All terrain that looks natural deserves our attention. Modern dunes can look back at you! Hills, bushes and trees have eyes and ears, and are wearing a wire. The same goes for the internet of birds. Birds are everywhere and see everything, even over the border between friends and foes. It’s not Big Brother who’s watching you, it’s millions of little sisters. ‘What flies there?’, translation of the title of one of the first dutch field guides for birdwatchers (1937) is still a valid maxim for the watchful (drones or birds?). A historical military geography of the Wadden Area is essential: seas and islands seen as battlefield, be it real or fictional.

Captain Rob began his work as a civilian detective after the end of the second World War. To be precise, on December 21st 1945 he first set sail for the open sea. Not much is known about Rob’s younger years, but his time as a captain is well-documented. Throughout the cold war he roamed the seas, fighting technological threats, usually plotted by evil military scientists. This type of travel logs belongs to the genre of popular geopolitics. The genre’s international star is of course secret agent James Bond, a creation of author Ian Fleming, who served in British intelligence post-1944 in the search for german nuclear weapons. Fleming and his colleagues did not find the supposed atomic bombs , but during their,quest the British made a collateral profit : many aerial photographs of the Wadden area, the Dutch and German coasts. Our assessment of these photographs (reading images) is instructive. It is hard to imagine, used as we are to aerial photography, how many questions were raised by the early applications of this perspective.

“A bestseller of the genre of popular geopolitics was the novel (pulp fiction some say) of Erskine Childers, ‘The Riddle of the Sands’ (1903). Often called the first modern spy novel: two men, camouflaged as sailing tourists, started in the Baltic Sea and then crisscross the German and Dutch Wadden Sea. Our protagonists thwart a German raid of England when they discover a secret fleet of invasion barges assembling between the North Sea Islands of Ameland and Terschelling. Pulp or not, in the real First World War, Childers was recruited by the British Navy, as leading ‘eye’ in the aerial reconnaissance, lending out his artistic gaze (the eye of the spy) for reading aerial pictures, the base for accurate mapping the intertidal sandy coasts of that Wadden Sea.”
Jan de Graaf, The culture of sandy shores’, in Techno-ecologies (Nida 2015)