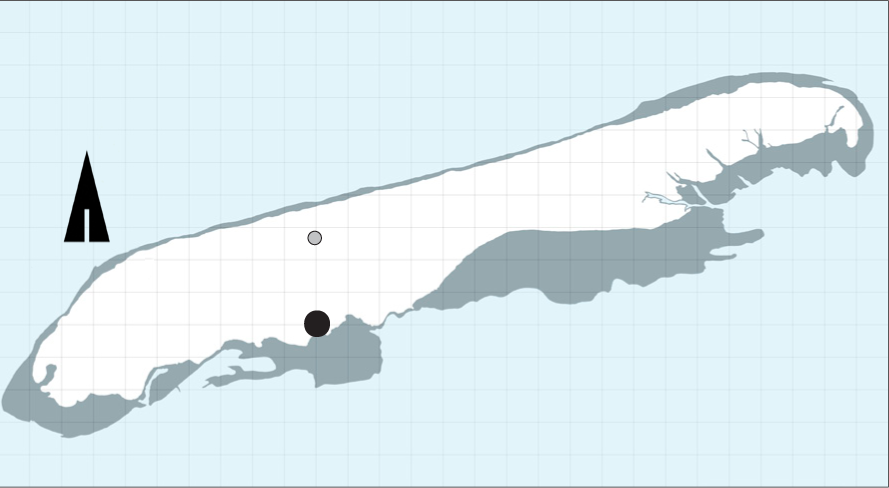 Striep is remarkable point where two dikes from different periods meet: the old Strieperzeedijk and the dike that surrounds the 17th century reclaimed land. The perspective is horizontal. Outside the dikes, semi-protected by the two of them, at low tides shows a failed attempt to make a polder out of a salt marsh, sediments didn’t settle permanently, it still is a salt marsh. It is here that a to Te Netherlands unique appearance unfolds: sunrise fróm the sea, from the Waddensea. Morning glow, crack of dawn, daybreak. The day breaks! A strong metaphor one can almost hear. This outpost is a challenge to the eye, water and land hard to discern looking against the sun. But even more it is a place for well trained ears. The Wad when there is no wind at all, the sound of drying mudlands for those who want to listen and can ‘find’ the sucking sounds against the continuous rumble of the sea. Vaguely we seem to hear fragments of The Flat Jungle, a movie made by Johan van der Keuken in the late 19-seventies, we do hear it’s music by Willem Breuker.

Dutch author and painter Jan Wolkers and his girlfriend traveled to The Hague in the middle of the second world war, to buy art supplies. On their way, they visited Panorama Mesdag, an enormous panoramic painting of the Dutch coast. Wolkers visited the painting because “it allows you to enjoy the sea and the dunes without freezing”. Confronted with the painting, Wolkers felt small and insignificant, “struck by the lightning of infinite space”. He was touched by the sound, saying that the panorama was “a cylinder full of the murmur of the sea”. That experience, of being overwhelmed by sound and image, gave shape to his later stay (1971) on Rottummerplaat: the coarse cry of seagulls was prominently featured in his radio show broadcast from the island.