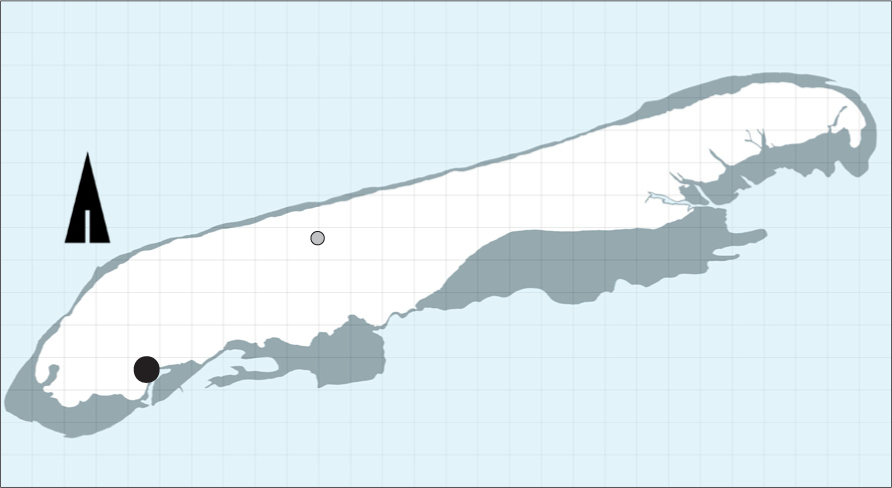 Lighthouses are safe and unsafe. They are safe because they are beacons, warning lights, each with an unique signal. Brandaris was built as a lighthouse, an investment in service of safer seas. The lamp rests at 55 meters above sea level, giving a range of about 54 kilometers or 30 nautical miles under normal weather conditions. The Brandaris is dangerous to migratory birds. In the 1920’s migratory birds would become caught in the lighthouse’s beam, disoriented, and eventually die of exhaustion. The dead birds were a useful source of information to ornithologists, as material in pioneering virus research. In some places these birds can still be seen as examples of classical taxidermy. This way of doing research became obsolete since research on live animals in their natural habitat is more enlightening and has changed the scope of ornithology in general.

It is feasible that the name of the lighthouse Brandaris refers to St. Brendan.

Richard Kearny writes in his Navigations (2006) “ In antiquity, Irish scholars were known … for their practice of ‘navigatio’ … a journey undertaken by boat … a circular itinerary of exodus and return. Only the ones that return can tell tales ”
Brendan lived in the fifth century A.D., and the tales of his travels were written down in the twelfth century. The legendary abbot hailed from Clonfert, Ireland. After destroying a book, God tells Brendan to travel around the world until he has seen and described all the wonders of creation. Brendan sailed west, and back.
In The Edge of the World (2014), Michael Pye wonders: “How the North sea made us what we are”. The Irish told strange, edifying tales about sea travels, which were named ‘imrama’ Such stories create new realities, at least on paper: BrendanIsland could be found wandering maps of the Atlantic ocean for centuries. Migratory birds, wandering islands, traveling thinkers. Kearney: “The aim was to undergo an apprenticeship to signs of strangeness with a view to becoming more attentive to the meanings of one’s own time and place_ geographical, spiritual, intellectual.” An adage that sounds like the UNESCO slogan (education, science, culture), but phrased in a better way. The sea as a cultural landscape, that is an informative enterprise.